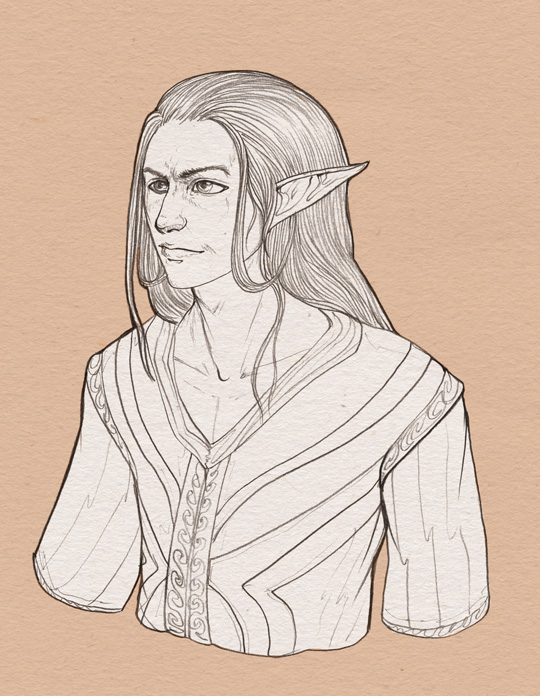 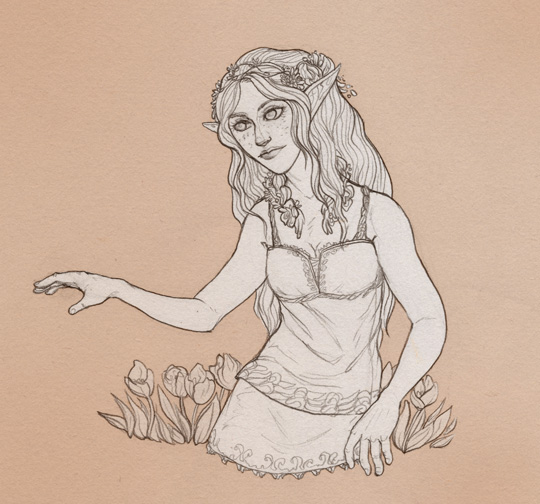 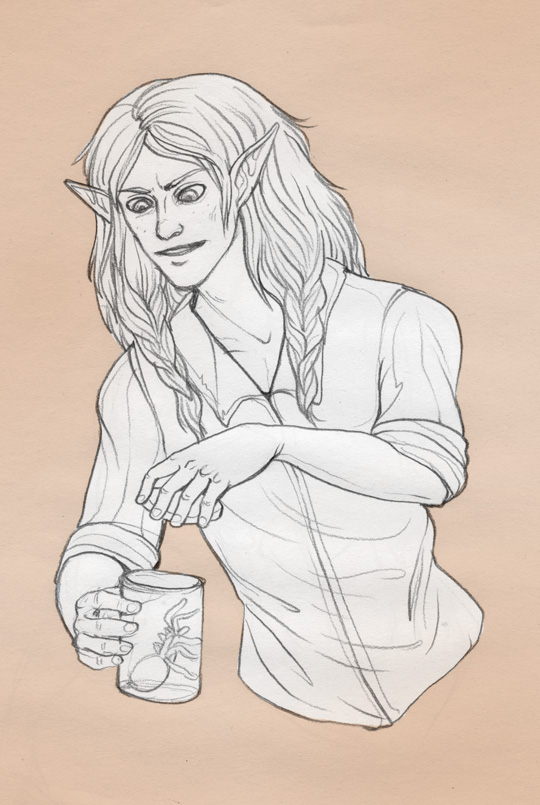 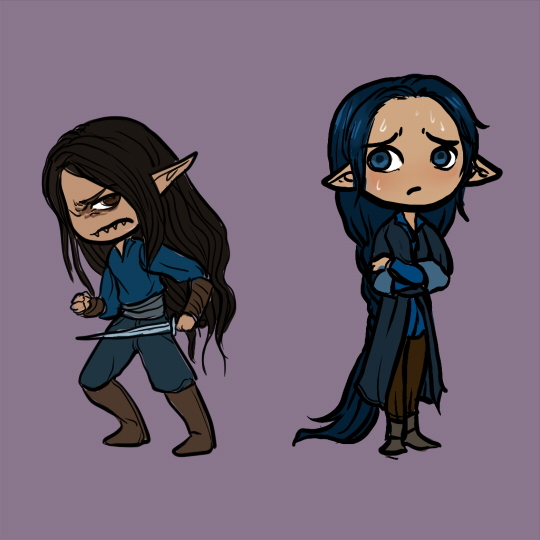 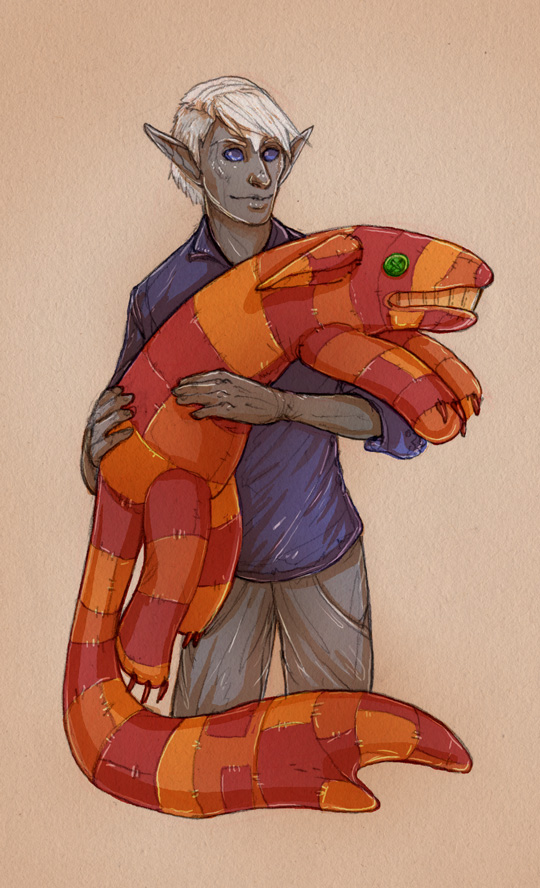 2015-03-22 n.81 (810) – Sall Faech – young half-elven water mage. He had to leave The South kingdom after his father was murdered and Sall faced the same threats. Having moved to Laweren, he misses the sea and his sailor lover who refused to leave with him.

2015-03-14 n.73 (803) – A Hero – I was thinking why I didn’t have much STRONG female heroes. Well that may be because I don’t want to create a Mary Sue. So I made one. She’s strong, she’s allways good looking and she kicks asses. Still have no idea about her name and character, but whatever, she’s beautiful. 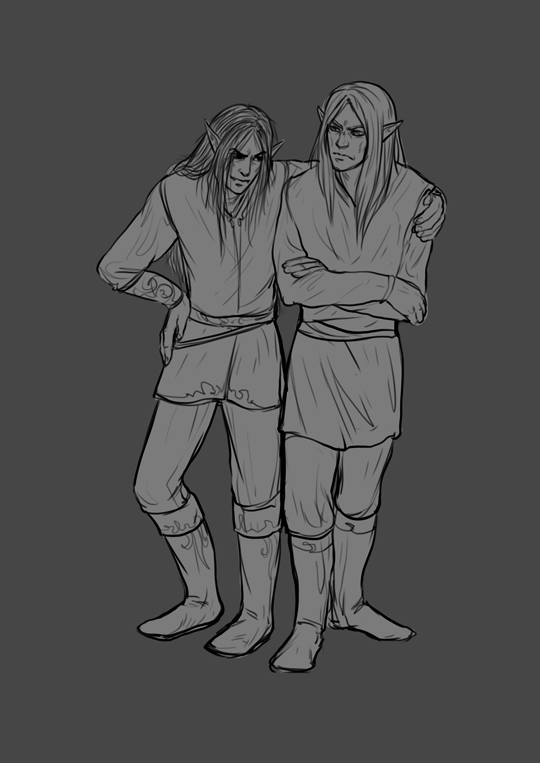 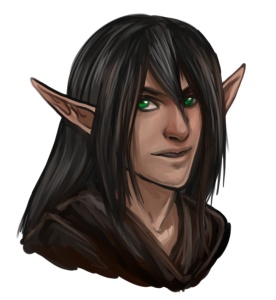 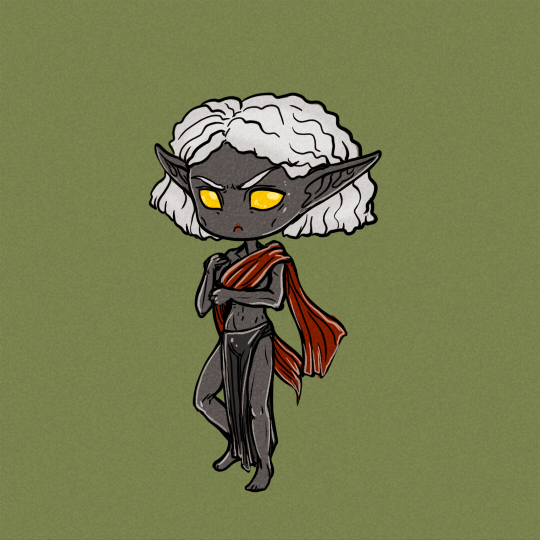 2015-03-01 n.60 (790) – Faerias – Another fire elf. Faerias is a legendary fire mage, an outcast banished to the Empire for “having an affair with a dark elf mistress”. (Actually he was cast out as a result of power struggle within his family.) He is a troublemaker, so he ended up imprisoned there too. Faerias regrets nothing. 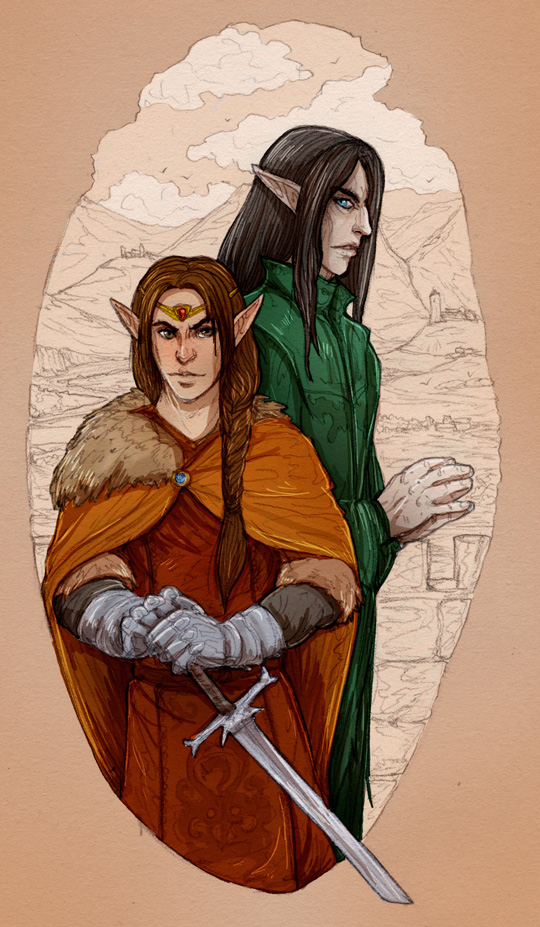 2015-02-25 n.56 (786) – Orim and his advisor – It has been few years since I made the last portrait of young king Orim. The creepy figure, behind him is his captain of the palace guards and an advisor (definitely not a vampire, how could you even think about that) Crispin. No, no vampires here. What a nonsense. 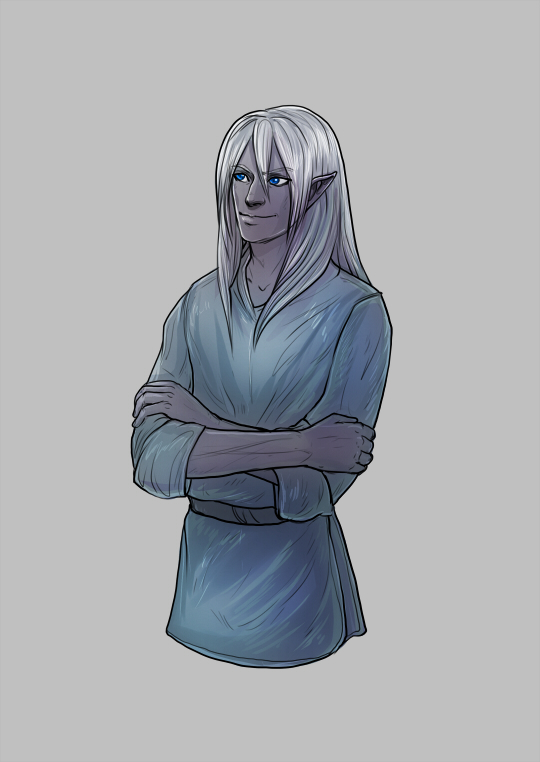 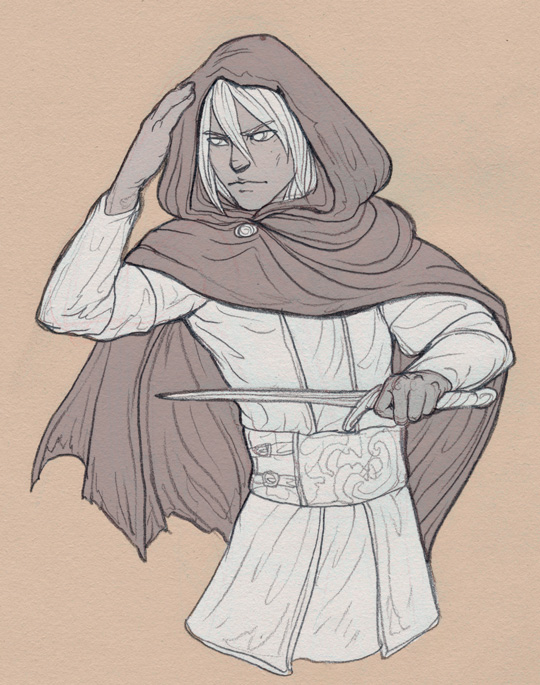 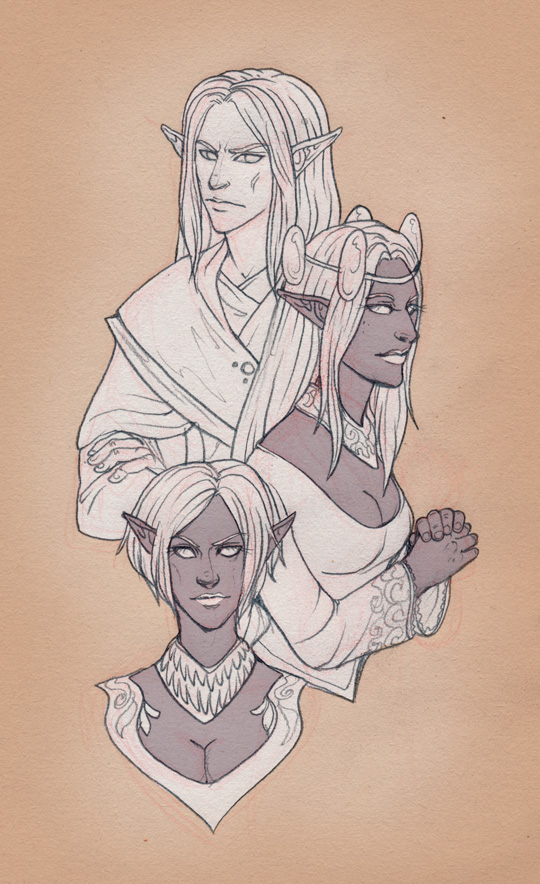 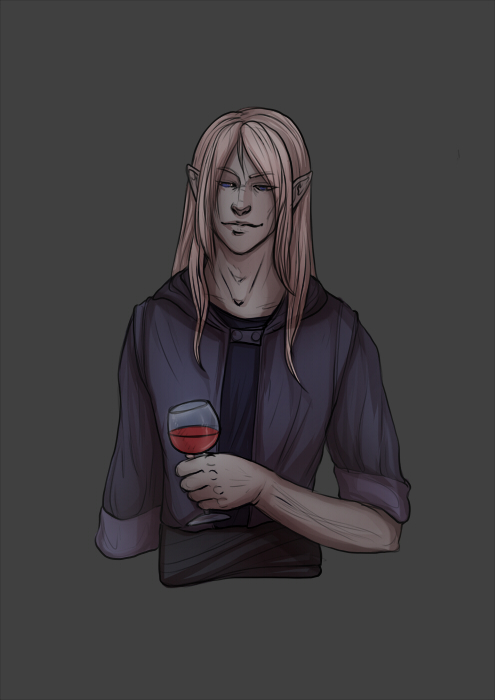 2015-01-12 n.12 (743) – Oronae – I really really wanted to clean thim before presentation, but he is just terrible. Oronae is a (almost) homeless elf  with cut out tongue. He is the Creator´s servant with creative powers.

2015-01-10 n.10 (741) – Arlan Vilnir – a mage serving to Elgaregi family, he is about eight hunderd years old. He saw Kierth colonialized by Empire´s forces and got his scars during defending of Adnestra. Doesn´t talk much, but sure has some interesting tales to share.

2015-01-09 n.09 (740) – Arlan – When drawing a character for the first time, I sometimes do just a chibi to settle the main visual traits. For Arlan – absurdly long hair, expressive eyebrows and scars from inquisition fire. 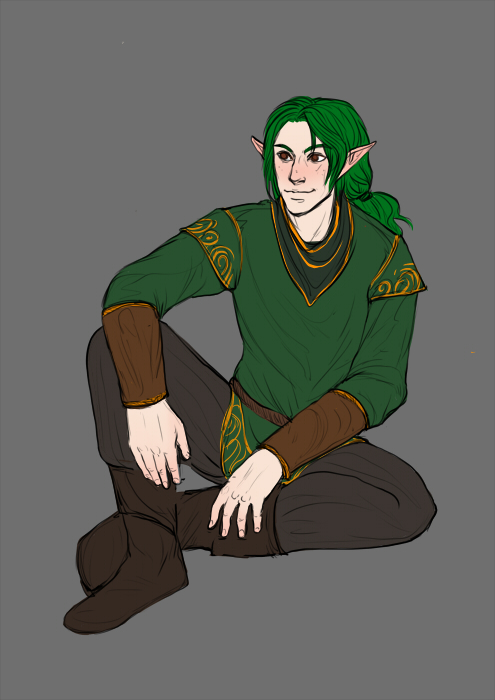 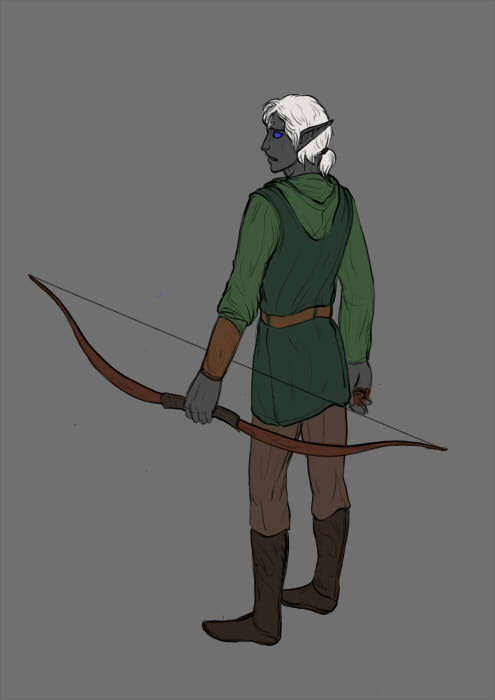 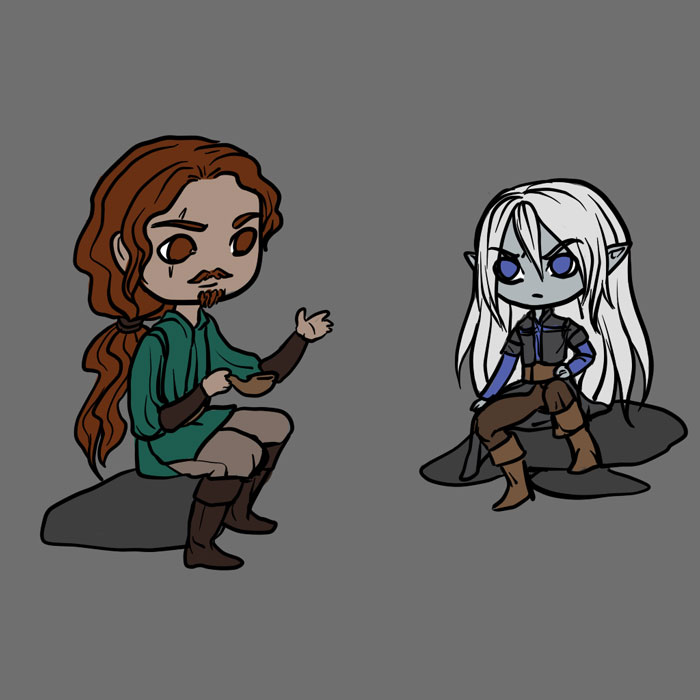 My first picture this year – chibi Salm and Mortifer

Ok, here is a compilation of my last pictures of 2014. Some drama chibi vampire pictures: 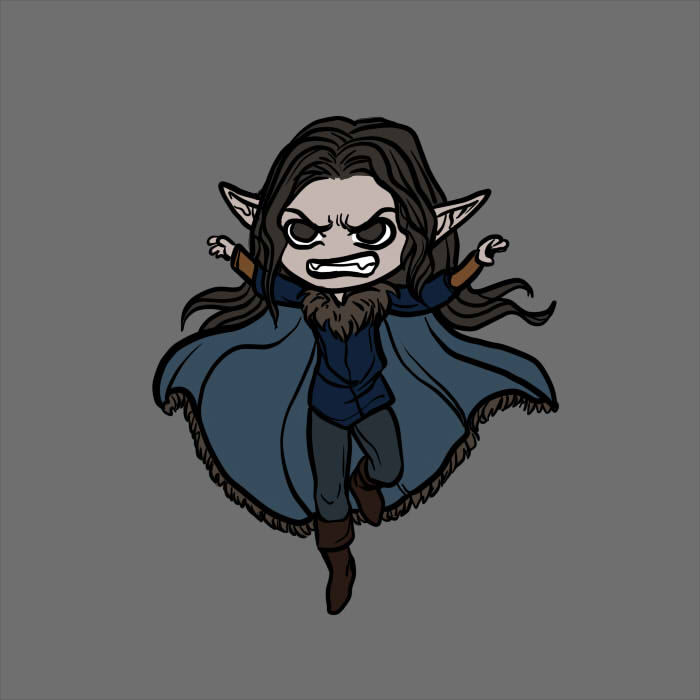 And my attemps to do something with Galliawyr´s hair. Oh… uhm.

2014-12-27 n.362 (727) – A comission for Katherine. Her tarnen adventurer Vesner Avozor having adventures as a kid. If you want a chibi of your character too, support me on Patreon 🙂 http://www.patreon.com/lysandra?ty=c 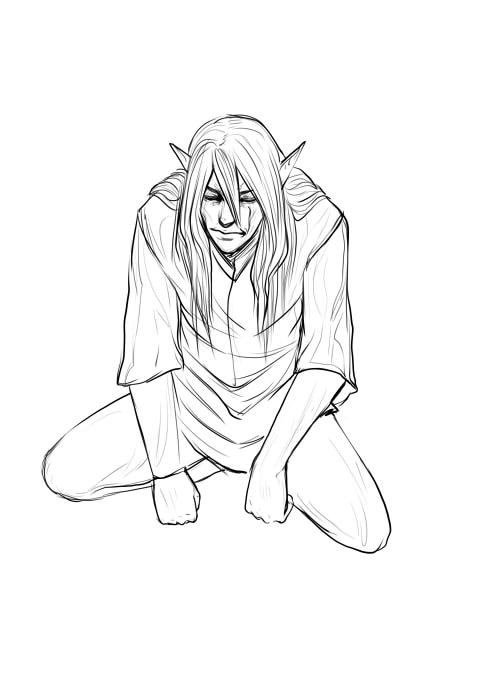 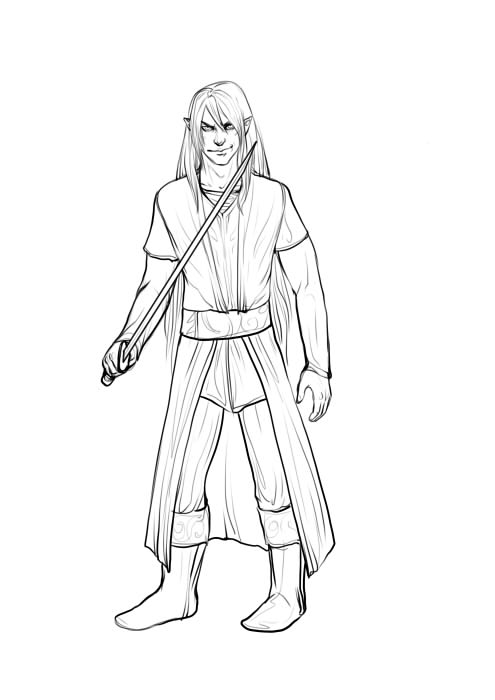