It’s been a month since the last comic page, so I think that I should write some news post again. I have some bad news and some news. The bad news first:

My Wacom Companion stopped charging few weeks ago. It turned out that it is an official technical fault of Companions made until 2014, so I sent it to Germany for repair. I should get it back in approximately two weeks, which means no comic page until then. This problem is also the reason why I have drawn so many pencil sketches lately. *sigh*

The other news: I turned 28 (oh gosh, I am so old, time is running so quickly), but this year I am too busy with school and work that I even didn’t throw a party. Buuut I took it as an opportunity to update my art progress sheet. It’s been six years since the last update, and now look at it – I’ve been taking drawing seriously since 2003 – and it is also the time I originally started the first version of my comic. It feels like I am getting somewhere. Have a look at it and be amused with Mortifer with a dove. Yes. I really drew that. It was a wallpaper and it was epic.

And now a summary of pictures I drew since the last news update: 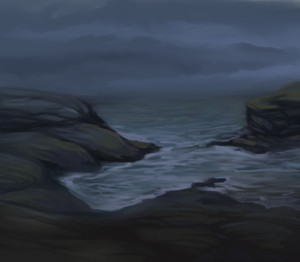 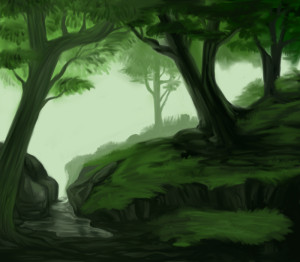 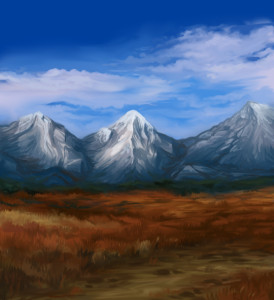 I bought Studio Clip Paint and it’s excellent for digital painting. Need to practice landscapes more when I get my tablet back.

…and also great for portraits. 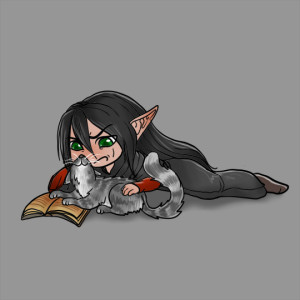 Not many chibies this month. Cos drawing them on paper doesn’t feel the same.

I created a new character called Sall Faech. I didn’t expect to have such a pleasant character of a Laerin heritage (aka water elf). Laerins are the most violent and cruel tribe of elves. And Sall is a pleasure to write. Quite intelligent, sympathetic and good willed. I guess that I shouldn’t keep prejudices against own creations. (What will I do next time? Dark elven mages loving cats? Nope, that’s my life motto. Dark elven mages hating cats? Damn. Already have done it.) 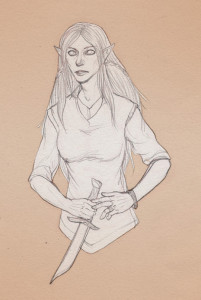 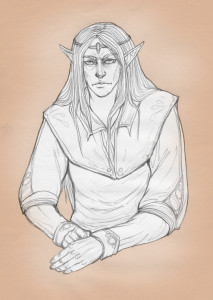 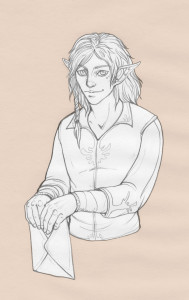 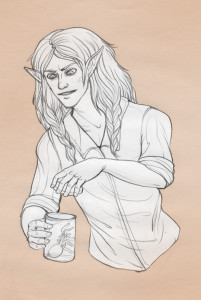 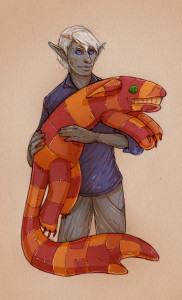 These two are quite old character. One changed for the better, the other for the worse.

And another for wonderful Tracey and her webcomic Biotopia. 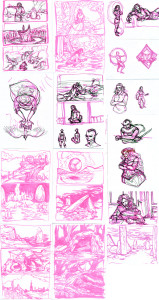 And the last are my sketches from school. My pink highlighter is running out of ink. I have no clue why.