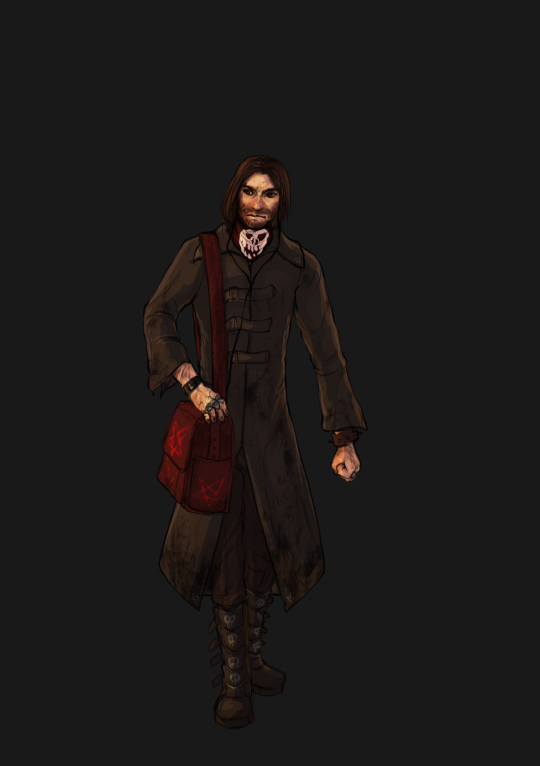 Richard is another unfortunate character from my game Night Prague. He’s quite an impressive dark mage hiding behind a persona of a gothic metalhead. (All “true dark mages” consider gothics to be stupid kids who are just showing off their fancy clothes and toys. No true magic there.) He’s a member of a bounty hunters group which deals with any creatures threatening the neutrality of the city. Unfortunately he got himself bound with a sarcastic vampire who wants him to clean his name.

age: 28
origin: metalhead, IT guy
abilities: a dark magic
funny fact: I made him inspired by the proverb: “The darkest place is under the candlestick. ” And it surprised me how well his appearance worked. Almost no players suspected him to be a real dark mage. Yay!
…and he really loves metal. His masters disagree with his appearance, but they can go back to hell!