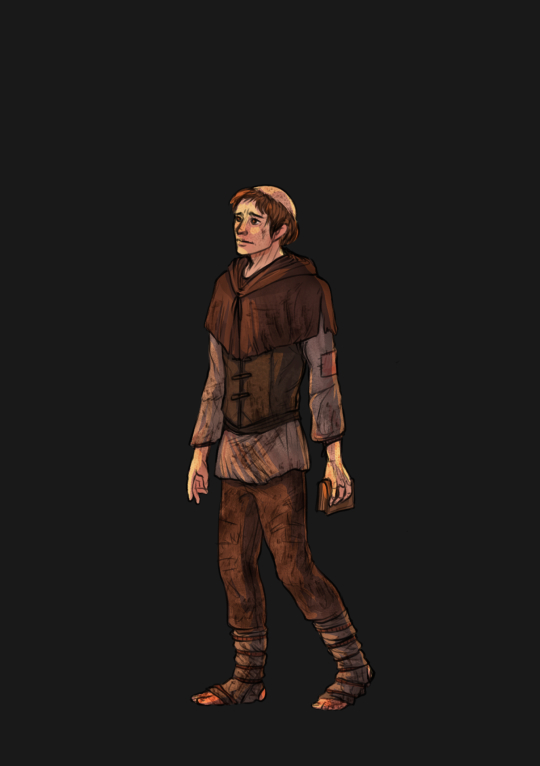 I played this useless thing in a short, but interesting campaign. Our GM became ill so we didn’t finish the game, but it was great.
Arthaj is a novice monk who ran away from a monastery to join gathering armies instead of his old sick father. Well, the officers didn’t care that he’s impersonating someone much older and let him inside. Shielded by his strong faith and naivety, he surprisingly survived encountering mercenaries and rouges in the camp.

ge: 17
origin: a novice monk
abilities: absolutely useless during fight, but decently educated (able to read and write)
funny fact: He was a bit irritating with his reciting of the holy book. It was a fantasy world, so I could make my own prayers and scripts and torture other players with my moralizing poetry. Yay!